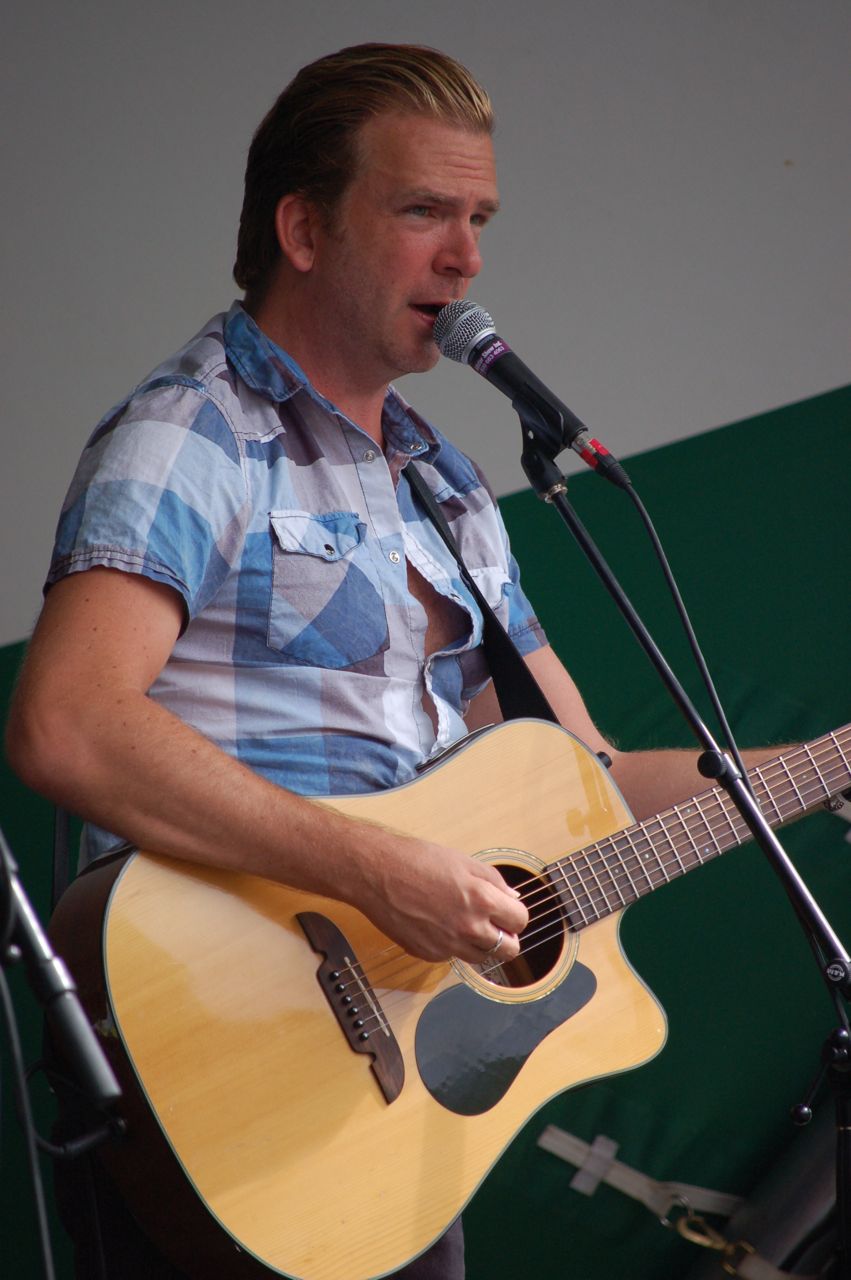 Chris Trapper
www.christrapper.com
Live at Sunset Saloon (house concert, West Winnipeg)
Monday, April 8, 2013
7:30
Suggested donation $15-20
All are welcome (bring the kids, friends, family, people off the street, whatever)
As usual, you can bring a beverage of your choice or food to share, but we’ll have plenty of both on hand, so feel free to enjoy whatever’s on hand!

Like many Winnipeggers, my first knowing exposure to Chris Trapper came when he opened for Folk Festival favourite Martin Sexton at the Walker Theatre in 2009. He won us over with his wit, charm, and wonderful songs. But you’re likely familiar with some of his other work, without knowing it. He co-wrote 7 songs with Great Big Sea, including their big hit “Sea of No Cares.” He’s had songs on some big movie soundtracks, including the Grammy Award nominated soundtrack to “August Rush.” He is also the leader of successful rock band The Push Stars.

With four CD releases and several high profile national tours – including a run with Matchbox Twenty – The Push Stars served to establish Chris as an authentic talent.

As a modern day singer–songwriter, Chris is most known for his song THIS TIME, the Number 1 selling song on the Grammy nominated soundtrack for AUGUST RUSH (Robin Williams, Jonathan Rhys Meyers – Warner Bros Pictures).

Chris Trapper’s music can best be described as lyrically driven roots–pop with a knack for telling everyday stories filled with extra–ordinary characters.

A respected songwriter of the highest caliber, Chris has written 7 songs for Canadian band GREAT BIG SEA, including their #1 single “Sea Of No Cares” from the certified–platinum Sea Of No Cares CD. Great Big Sea covered Trapper’s song “Everything Shines” and their version served as the debut single off their certified–gold Road Rage CD album. Chris’ songwriting collaborations with Great Big Sea earned him two prestigious SOCAN awards. Rob Thomas of Matchbox Twenty and Antigone Rising have performed other notable versions of Trapper’s songs.

In 2009, Chris had the honor of being chosen to write an original song for the International Day for the Eradication of Poverty and was brought to NYC to perform his work at The United Nationsas part of the day’s Commemoration Ceremony.

Chris Trapper’s ability to craft songs that are both elegant and accessible is evident on each solo CD in his deep Discography. There is a smart, honest quality to the lyrics that never panders.

Trapper’s live show is a favorite among fans of alt–acoustic music. His on–stage persona is warm and inclusive, his organic understanding of classic pop melody infectious. Audience members seem to particularly appreciate the lighthearted moments with the ukulele. They depart the venue at the end of the evening with the sense of having been truly entertained.

“It’s an incredibly rare musician, particularly in the world of popular music, who is able to forge a career based on quiet dignity and steadfast integrity.”
The Buffalo News